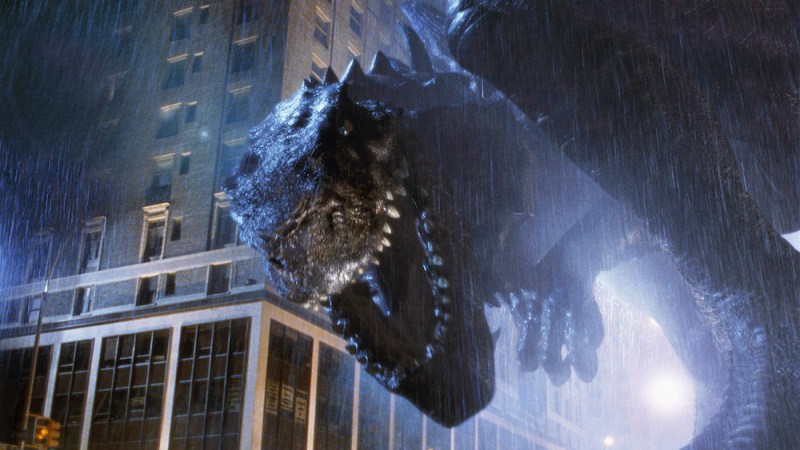 This notoriously misguided American reboot appears to have been crafted by filmmakers with little appreciation for what made Godzilla one of cinema’s greatest icons in the first place. Rather than a towering behemoth whose lumbering gait signals the inexorable approach of death and destruction, here we get a scampering, chicken-legged dinosaur who spends most of the movie fleeing from his enemies like a cat running away from a vacuum cleaner. Factor in the film’s leaden humor, bloated running time, and Matthew Broderick’s lifeless performance, and it’s easy to see why this 23rd Godzilla film is loathed by hardcore kaiju fans.