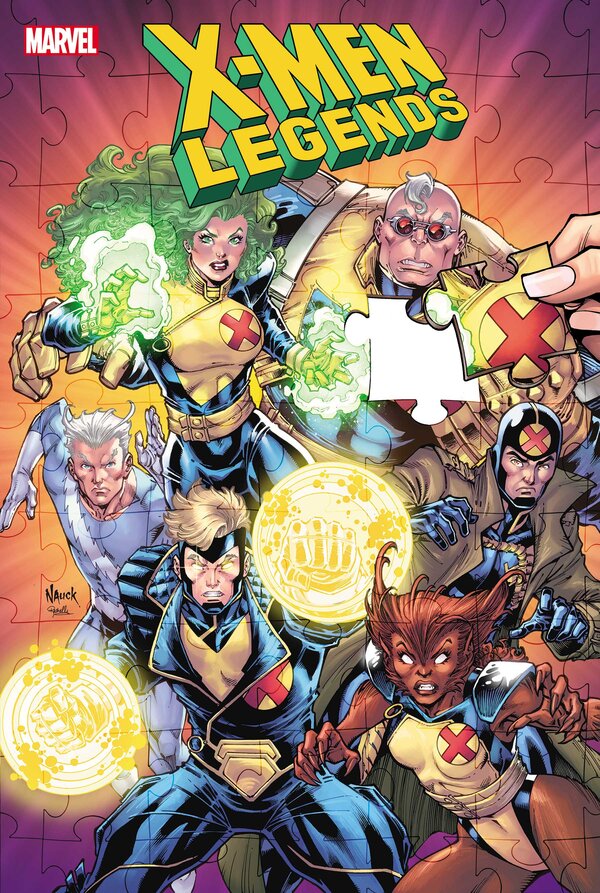 Jason Aaron and Javier Garrón’s run on AVENGERS continues this July with the storyline She-Hulk fans have been waiting for!  The action-packed arc will see She-Hulk facing off against Red Guardian and the Winter Guard.

Falcon (Samuel Thomas Wilson) is a fictional superhero appearing in American comic books published by Marvel Comics. The character was introduced by writer-editor Stan Lee and artist Gene Colan in Captain America #117 (September 1969), and was the first African-American superhero in mainstream comic books.[1][2]

As the superhero Falcon, Wilson uses mechanical wings to fly, and has limited telepathic and empathic control over birds. Following Steve Rogers’s retirement, Wilson becomes the newest Captain America in All-New Captain America #1 (January 2015) and leader of the Avengers. Wilson’s deceased nephew was the Incredible Hulk’s sometime-sidekick Jim Wilson, one of the first openly HIV-positive comic-book characters. Jim Wilson’s father Gideon Wilson would go on to join the Gamma Corps.

…in the late 1960s [when news of the] Vietnam War and civil rights protests were regular occurrences, and Stan, always wanting to be at the forefront of things, started bringing these headlines into the comics. … One of the biggest steps we took in this direction came in Captain America. I enjoyed drawing people of every kind. I always found their features interesting and so much of their strength, spirit and wisdom written on their faces. I looked at several African-American magazines, and used them as the basis of inspiration for bringing The Falcon to life

“When the Russian Winter Guard invade Avengers Mountain to arrest She-Hulk, it sets off a global espionage adventure that takes us from the notorious assassin training academy of the Red Room to an undersea kingdom on the verge of violent revolution,” says writer Jason Aaron. “Along the way, traitors will fall, regimes will crumble and the dark evolution of Jennifer Walters will reach its bloody red crescendo, all as we build toward the epic events of AVENGERS